Whoo, boy. I don’t know how it is where you live, but here in Central Ohio flu season has hit with a vengeance: even those who got the flu shot are catching odd strains and holing up on the couch for days. And those of us lucky enough to avoid the flu (*knock on wood*) are still wandering around with miscellaneous coughs and sniffles. It’s definitely time for magical ginger tea. 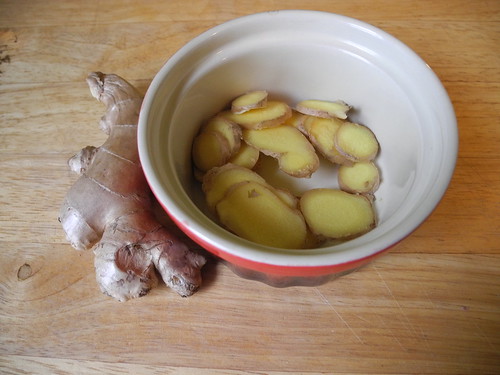 In my defense, I didn’t name it! I’ve been brewing this elixir for the better part of a decade, but I wouldn’t have even bothered naming it. Once I brewed up a couple batches for sick classmates and professors, though, somebody gave it its magical moniker. And why? One friend claimed it halved her usual recovery time. Poets and writers claimed it unstopped writer’s block. My favorite was the friend who half-seriously called it “Dr. Mike’s Miracle Cure for Sore Throats and Lost Souls.” 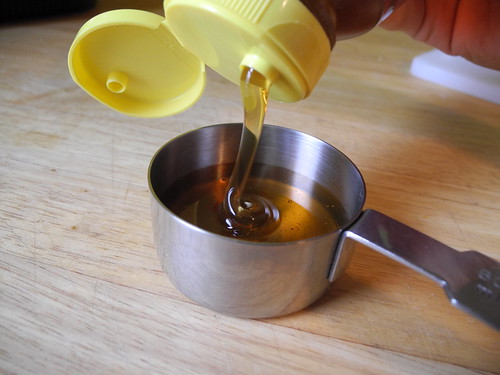 So what is it? Ginger, honey, and lemon. I’m giving you my preferred proportions, but they’re more like guidelines: there are innumerable variations of this recipe out there, all slightly different. Over the years I’ve become increasingly impatient while sick, so my methods have become more and more streamlined. I used to peel the ginger; now I don’t bother, because ginger peel’s perfectly edible and ginger is annoying to peel. I used to use fresh lemons and drop the squeezed halves in the brew; now, if we’re being totally honest, I just grab the bottle of lemon juice from the fridge because I can hardly insist on fresh citrus when I can’t even be bothered to put on real pants. 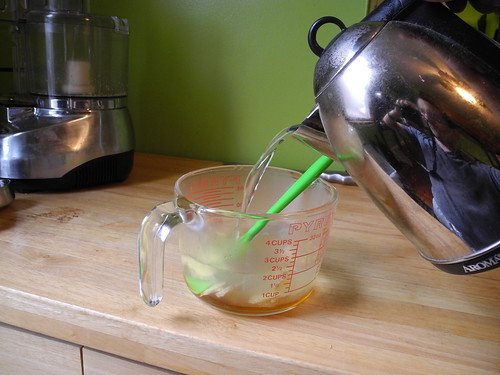 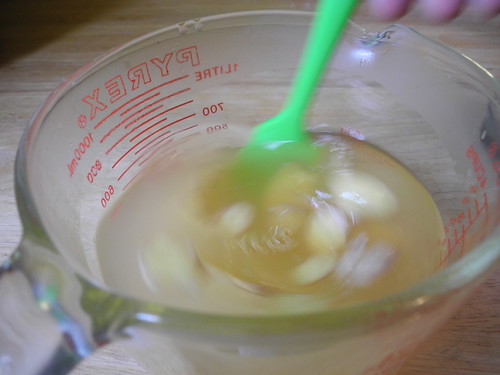 And yet, it still works wonders. Ok, that’s a little over-the-top: it’s just a simple little recipe, after all. But all the ingredients are traditional folk remedies for throat ailments, so there’s definitely something to it. Even if you’re feeling perfectly hale, give it a whirl: it’s delicious, and a little bit of preventive medicine goes a long way. 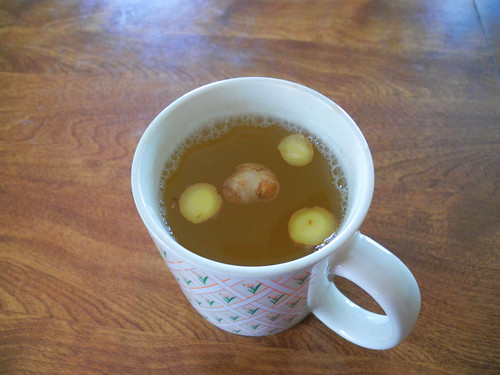 Bring water to a boil, either in a kettle or in a saucepan.

If using a kettle: pour the boiling water over the lemon, ginger, and honey in a heatproof container and stir to combine.

If using a saucepan: remove from heat and add ginger, lemon juice, and honey; stir to dissolve.

Could you add whiskey to this? Why yes, you could. It’d even be a fairly traditional home remedy. About 1 oz. (2 Tbsp) per mug should be right.

If you happen to be a huge nerd like me — and therefore you have a soda siphon at home — I can attest that this mixture, well-chilled, fizzes up nicely.