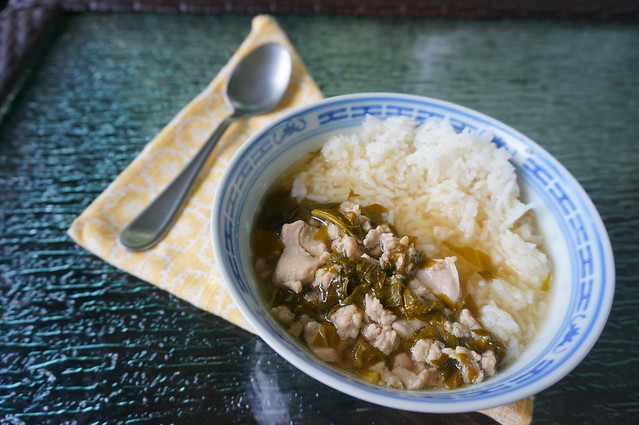 I feel like I’m breaking the food blogger code by posting this recipe. Read anything about food writing for the web, and you’ll be continually reminded that “we eat with our eyes first” and “people want to see food porn” and “your food has to not only taste great, but look great too!” And that’s a bit of a problem here, because this soup isn’t a looker; it’s almost defiantly unphotogenic. And yet, despite all good sense and advice, I’m sharing this homely soup. It’s a recipe that I look forward to all winter, and it just seems unfair not to share it with others! 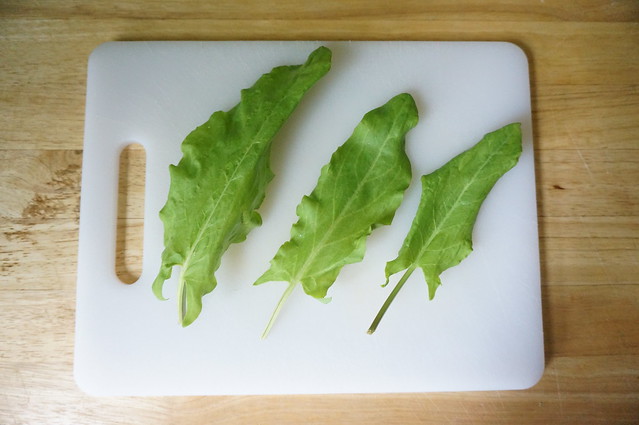 So: brass tacks. What’s up with this soup? What’s sorrel? Well. Sorrel is a leaf vegetable enjoyed throughout the northern hemisphere. If you live in the northern half of the world, it’s even odds that sorrel or one of its close relatives is growing wild nearby (and even where it’s not native, common sorrel often grows as an introduced plant). No matter the cuisine, sorrel is a valuable source of sour flavor, thanks to the oxalic acid it contains. In salads, soups, and sauces it gives a lemony tartness that really hits the spot as the weather warms up, in the same way that lemonade is a refreshing summer drink. 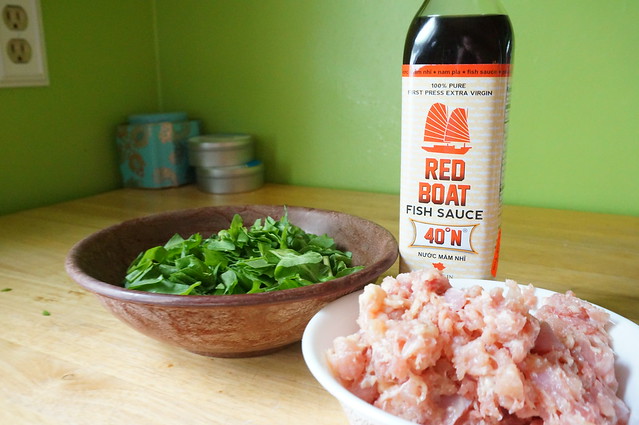 Sorrel’s only real flaw is the way it reacts to heat. I was inspired to make this soup after tasting a version at Mandalay, a Burmese restaurant in Silver Spring, MD. I ended up being entirely won over by its simple perfection — nothing but ground pork, some fish sauce to deepen the flavor, and deliciously tart sorrel overlaying it all. I’m lucky I didn’t see it first, though, because… well… Look, it’s an ugly soup, ok? Our nickname for it around the house is ‘swamp soup’ because once that bright, fresh sorrel hits the hot water, it almost instantly turns a dull olive drab. So when the waiter set the little bowl in front of me, I looked up at my dining companion and mouthed “what have I done?”

Silly me. That soup was remarkable, and once the first spoonful hit my lips, my only regret was not ordering a bigger bowl. As soon as I got back home, I kept an eye our for sorrel at the farmer’s markets, and snatched up every bunch I could lay my hands on. And now, after tweaking my method over the years, I’m sharing the recipe with you so can enjoy it, too. Next time you see a bunch of fresh, bright green sorrel, grab it and never look back. I promise you: this ugly duckling is really a swan. 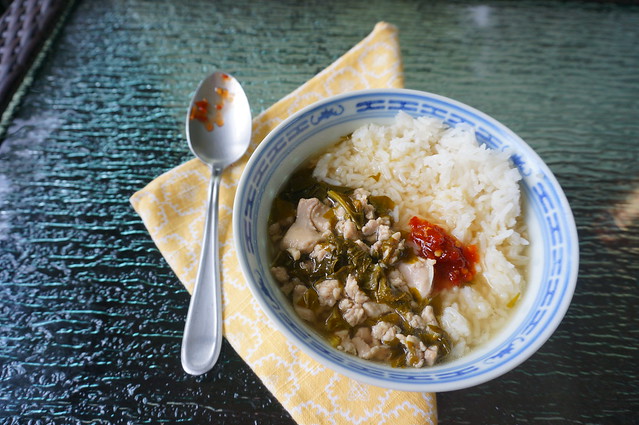 This soup looks unassuming, even homely, but I think it’s an object lesson in the power of simple ingredients. The chicken and fish sauce combine in a very brief simmer to create a broth that tastes like it simmered for hours, and the sorrel gives the whole thing a tartness that elevates the whole thing from “basic chicken soup” to “energizing spring tonic.”

I give a range of amounts for the sorrel below, because not everybody’s down for sour soup. If you’re uncertain, go for the low end; 1 bunch of sorrel gives this a mild tartness, very balanced. If you’re a sour fiend (like me), go for 2 bunches and enjoy.

Inspired by memories of a superb sorrel soup at Mandalay Restaurant in Silver Spring, MD.

Cooked rice or noodles, to serve
Chili paste, to serve

Heat the oil in a wok or wide skillet over high heat, until it’s just shy of smoking. Toss in the ground chicken and stir-fry quickly until it has lost all its pinkness.

Add the water and fish sauce and bring to a boil. Reduce heat and simmer for 1 minute.

Add sorrel and simmer for 30 seconds longer, until the sorrel has wilted completely and lost its bright color.

Serve over rice or noodles, with a dab of chili paste if you like.

Meat changes: I first had this with ground pork, and still frequently make it that way. And if ground chicken is hard to come by, you can cut some boneless, skinless chicken thighs it into 1-inch chunks and pulse them in a food processor until they’re broken down (which is actually what I did during testing, as you can tell if you’re looking closely at the photos).

Vegetarian options: At first blush this seems like a super-easily veganizable recipe. Just swap in some tofu, seitan, or even white beans for the chicken, right?. That pesky fish sauce is hard to sub, though; it has a very rich flavor that’s hard to replicate. I haven’t tried this yet (though I plan to next time I see sorrel at the market, and I’ll let you know), but this should get you closeish: in addition to the protein change, sub in soy sauce for the fish sauce, and use a rich mushroom broth instead of water. If your mushroom broth is salted (e.g. Better Than Bouillon’s version), reduce the soy sauce: the soup should be pleasantly salty, but not overwhelmingly so.

No sorrel? Sorrel’s almost never in grocery stores; I only ever see it at farmer’s markets. If you’re not seeing it around, but this soup sounds intriguing anyway, try subbing in chopped baby spinach, plus a tablespoon of lemon juice (add more lemon juice if you want the soup tarter). It won’t be exactly the same, but it’ll definitely be in the same spirit.