OK. Can we can talk about cauliflower? You know what I’m talking about: looks like vampire broccoli, and/or a brain, and/or a wrinkly half-volleyball? I’ve made no secret of my almost-unseemly love of cruciferous vegetables (broccolis, cabbages, choys, turnips and rutabagas, arugula, most cooking greens… see, you love them too). And for the most part, that’s a universal love. All those sharp, mustardy, sulfurous flavors are like candy to me.

Except for the cauliflower. 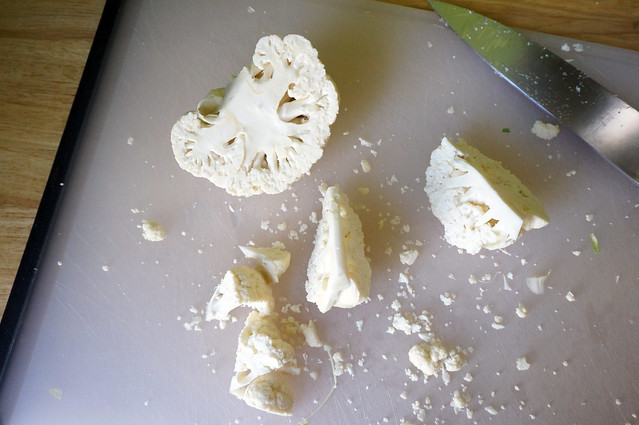 Presently, cauliflower’s having a bit of a moment, due to its malleability as a low-carb replacement. We see cauliflower ‘rice’, cauliflower ‘mashed potatoes’, cauliflower ‘pizza crust’. And that’s all interesting. But for me, growing up in the 80s and 90s, cauliflower has always been the pallid, tasteless left-behinds on a vegetable tray. I remember a family friend loved raw cauliflower, which as a child I never could understand. (I frankly still can’t.) 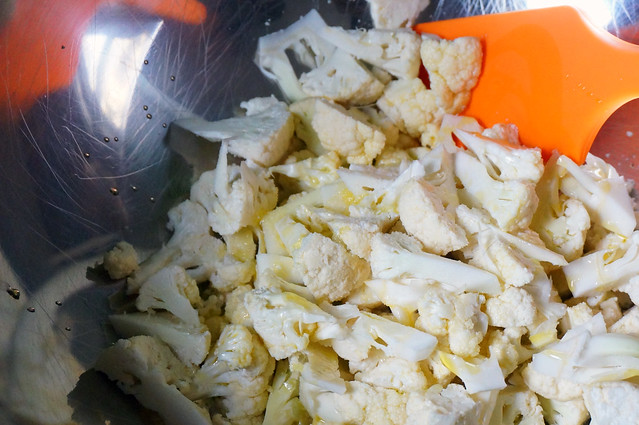 And so for a very long time, I ignored cauliflower completely. Sometime in the late aughts, though, the now-sadly-defunct Restaurant Widow blog reviewed a local pita joint. And in and among her rapturous descriptions of the falafel and schwarma sandwiches, Lisa gave a shoutout to the cauliflower salad, which stopped me in my tracks. Here was a writer whose opinions I deeply respected, going on about… cauliflower? Really? 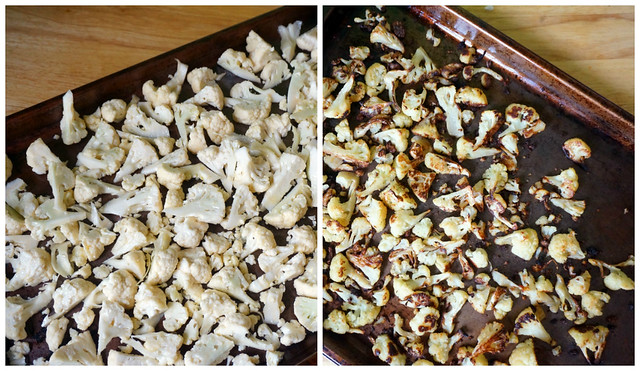 Well, she was right. It’s a great salad. I’ve never properly recreated it, because it turns out to involve deep-frying the cauliflower, and deep-frying is usually a little above my laziness threshold. (Though if you really want me to get on that — let me know.) But in the midst of trying to figure out how to get the cauliflower so, so good, I stumbled on roasting it. And while roasting is always a magical process, here the results were almost unbelievable. 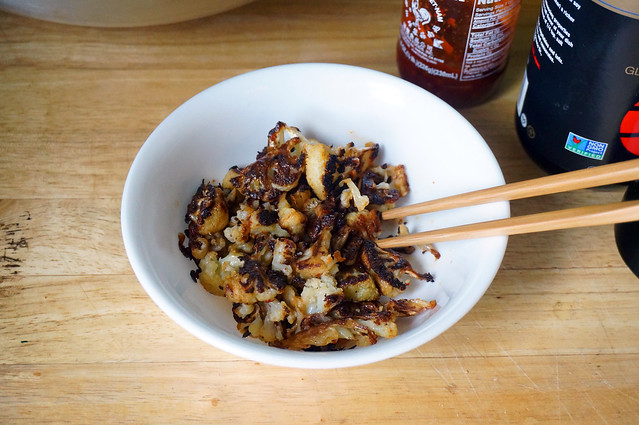 Roasting cauliflower utterly transforms it. Gone is the weird crunchy-styrofoam texture, the ghostly appearance! Gone the odd stink that isn’t quite sulfurous, but more simply sad! Suddenly apparent, the sugars buried inside the little florets! Roasted cauliflower is sweet and rich at the same time, yielding to the tooth but still with enough of a chew that it feels viscerally satisfying. It’s a cliche to say so, but: it’s golden-brown and delicious. 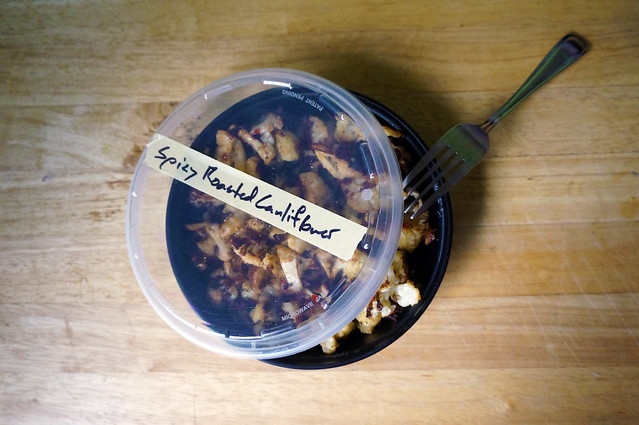 And if you toss it with a trio of strongly-flavored condiments — soy sauce, chile paste, and sesame oil — it still manages to stand up, so that the flavorants magnify the inherent delights of cauliflower rather than masking them. I spent too many decades hating cauliflower, but I make up for it all winter. If you’re a cauliflower-hater, too, this might just be the method that reforms you. 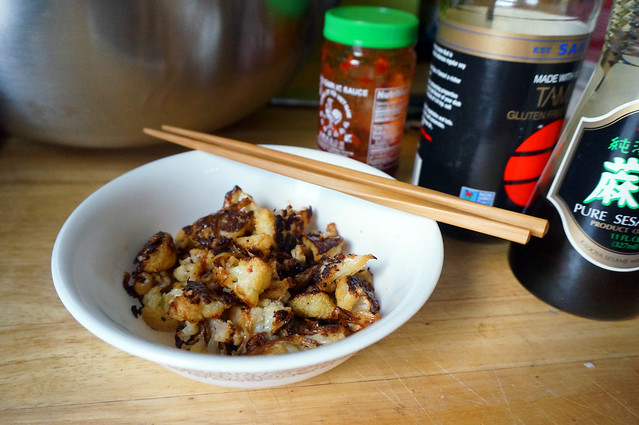 If you think you don’t like cauliflower, this may well be the recipe that proves you wrong. The cauliflower undergoes a sort of alchemy in the oven, transforming from a sad crunchy mutant into a show-stopper snack or side dish. Tossing the cauliflower with a trio of condiments elevates the flavor even further, making this a dish that’s hard to put down.

Toss the cauliflower with the oil and salt, and roast on a sheet pan for 25-30 minutes, stirring every 10 minutes or so, until very tender and deeply browned in spots.

Toss the roasted cauliflower with the soy sauce, chile paste, and sesame oil. Serve hot, room temp, or even cold.

Honestly this is more like “serving ideas” than “options”: I eat these golden-brown wonders over rice for breakfast. I toss them in salads. I’ve served them as a side dish for a fairly traditional meat-and-vegetables meal. I’ve frequently eaten them out of their container standing in front of the fridge in my bathrobe. They’re great as a room-temp hors d’oeuvre (be mindful when separating florets of keeping them in eye-pleasing shapes). I’m sure you’ll come up with others!

Surprisingly, I’ve never subbed in broccoli/romanesco/broccoflower, but it should work. The transformation wouldn’t be as striking for any of those, but I say that only because I like them more in their raw forms!